The School of General Education supervises all 1-year students enrolled at Satbayev University during the first academic year regardless of their Educational programmes. Today, the School teaches and guides over 2500 students from all parts of Kazakhstan including international students from Central Asia in general education courses. These basic courses lead to professional degree courses, which are taught further from the second year of study. The School’s mission is to provide learners with a high-quality level of basic training to take professional education programmes. Alongside the training, the School steers its students and staff towards high standards of academic excellence, professionalism and innovative thinking. The SGE supervises all first-year students through academic navigation, the citizenship education, forming high moral principles and personal qualities since they are considered as indispensable conditions for effective adaptation.

In terms of didactic adaptation of first-year students, Orientation week is traditionally held, based on the academic calendar, in August the week before a new semester officially begins.  Within the week, the students are introduced to the campus, library, and meet with the Vice-rector for academic affairs, with the representatives of Office of the Registrar, the School Directorate, Scientific Library, International Department, the Department of student affairs, the Institute of military affairs, etc. Furthermore, meetings with the departments and with the directorates of schools that offer degree programmes are organized during the Orientation week. In sessions students are familiarized with the future possibilities of their chosen educational programmes as well as opportunities during their studies, and they are informed about the scientific projects that the schools are engaged in. During the orientation week, first-year students are introduced to the senior student leaders who talk about their experience of studying at the University. The freshmen are familiarized with the credit technology in education, new requirements and rules for the first time. "A freshman's guide-book", which is annually updated and amended, is handed to each student. In November 2019, “A freshman's guide-book- 2019” was awarded QS Creative awards-2019 gold medal in Best Print Advertisement nomination.

With regard to social adaptation of first-year students, a number of extracurricular activities are held at the very beginning of academic semester. The very first event after "Orientation week" during the second week of September is "Student societies fair" (2019, 2018, 2017) that is attended by all student organizations of SU, and the organizers are senior student leaders. The purpose of this event is to introduce the first-year students to student life and attract the largest number of them to communities of interest. The School of General Education Directorate organizes Team building for more than 500 first-year students with a trip to Issyk Lake (2019, 2018, 2017), where students enjoy sports and entertainment events, they get to know each other and their advisors as well.

The assigned advisors by SGE Directorate cooperate with the school in the process of social and didactic adaptation of first-year students. An adviser is a teacher who works as an academic consultant on educational issues during the studies. Advisors are assigned from SGE as well as from other schools.  Advisers assist the students in choosing courses in the process of creating Individual study plan (during registration), and clarify credit technology rules in more detail etc. With the aim of organizing each advisor’s work effectively, only 25-30 students of the same Educational programmes are allocated. Before the commencement of this academic year (2020-2021) the Adviser Handbook was written by SGE Directorate administration to coordinate the advisors’ work.

By being result-oriented and providing "student-centered learning", the University has introduced leveled language education since 2016. All students take diagnostic test in written and oral form after submission step. The given testing results determine the level of language acquisition in Kazakh or Russian, as well as English, that is, the individual training of each student is taken into account and an individual learning path is built in the language courses. 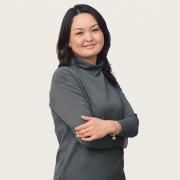 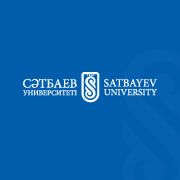 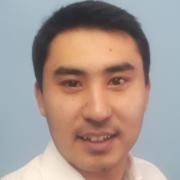 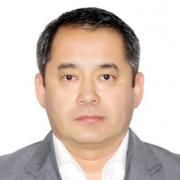