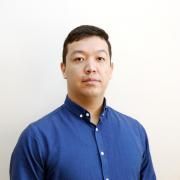 Lecturer of the Department of English, Satbayev University since September 2019. Co-author of 2 textbooks and more than 8 publications in the field of educational management and leadership, teaching methods of the English language, school education. Winner of the presidential scholarship "Bolashak"; completed language training at Reading University, UK from 2013 to 2014. Awarded a master's degree from Southampton University, UK in 2016.