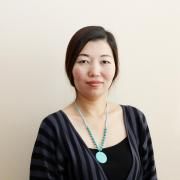 An English teacher, master of philological sciences. The winner of the Republican competition “Bilim-2019” organized by The foundation of the first president of the Republic of Kazakhstan. Overall work experience in the field of teaching English as a foreign language – 4 years.

I began my pedagogical and professional career in 2015 as an English teacher at the Kazakh Abylai khan University of International Relations and World Languages. Since September, 2019 I have been working at the Satbayev University in the position of an English teacher.