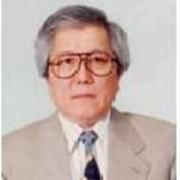 Ibraev Akhmet Khakimovich, was born on August 1, 1946 in Almaty. In 1963, after graduating from high school No. 56, Almaty entered the Moscow Institute of Steel and Alloys (MISiS).

In 1968 he graduated from MISiS with a degree in Automation and Complex Mechanization of Metallurgical Production with a qualification of a metallurgical engineer in automation and was left in graduate school at the Department of Automation of Non-Ferrous and Rare Metals Production.

Since 1972, he worked at the Kazakh Polytechnic Institute as a senior lecturer, and since 1975, an assistant professor in the Department of Automation of Metallurgical Processes. Successfully performed all types of university activities, including:

pedagogical - carrying out all types of training sessions, including setting of training courses and lecturing in the disciplines: theory of automatic control, mathematical modeling, adaptation and optimization in the control system, system analysis, process control system, automatic control system, electrical measurements, technological measurements and devices, etc .; scientific - implementation of state budgetary research in the field of modeling of technological processes and production, development of algorithms and systems of optimal and adaptive control, the theory of complex and large systems; methodical - the development of curricula, teaching aids and manuals; He supervised and directly participated in the implementation of state budget and contract research works on the development and implementation of process control systems of various stages at the Dzhezkazgan, Balkhash, Almalyksky and Alaverdi MMCs, the Sredneuralskoye smelter and other enterprises, including in 1980, the ACS OT (organizational and technological ACS) of copper production was put into operation at the Dzhezkazgan MMC on the instructions of the USSR State Committee for Science and Technology.

In 1980, in connection with the desire to be more involved in research and practical work on the creation of industrial automation systems, he transferred to the Alma-Ata PKB ACS of the Ministry of Instrument Making, Automation Means and Control Systems of the USSR, on the basis of which the Scientific-Production Association "System Engineering". He worked as chief designer, chief project engineer, deputy director and deputy general director for scientific work. He supervised and directly participated in the creation and implementation of automation systems for production processes and enterprises in the mining and metallurgical complex (Achisai and Leninogorsk polymetallic plants, Uchalinsky and Zhairemsky GOKs, Dzhezkazgan and Balkhash MMCs, Ust-Kamenogorsk lead-zinc and titanium-magnesium plants, Electrozinc ”and“ Ukrzinc ”and others), energy, oil, gas, petrochemical and light industry, construction industry, the Ministry of Defense of the USSR and other industries. By a joint order of the Ministry of Instrumentation and the Ministry of Color of the USSR, he was appointed chief designer of automated process control systems for the copper concentrate smelting complex in the "liquid bath" of the Balkhash MMC, which was put into operation in 1988 on the instructions of the USSR State Committee for Science and Technology. Also, on instructions from the State Committee on Science and Technology of the USSR, in 1986 an automated process control system for enrichment was introduced at the Uchalinsky GOK.

In 1998, according to a letter from the GVC of the Ministry of Color of the USSR, he transferred to the Kazakh branch of the Main Computing Center of the USSR Ministry of Non-Ferrous Metallurgy, on the basis of which, after a series of transformations and corporatization, TusMA JSC was established (Tusti Metallurgy Avtomatizatsy - Tsvetmetavtomatizatsiya). He worked as deputy director for development (for scientific work), deputy general director and vice president of TusMA JSC. He supervised and directly participated in the development of automated workstations (AWSs) and computerization systems based on personal computers and computer networks at enterprises, organizations and government bodies of the Republic of Kazakhstan (NPO Zhezkazgantsvetmet, Ust-Kamenogorsk lead-zinc and titanium-magnesium plants, Shymkent lead plant, Achisai and Leninogorsk polymetallic plants, NAK Altynalmaz, Karaganda regional environmental department, etc.) in all areas of activity - industrial and technical Sky, dispatch, planning and economic, analysis of financial and economic activities, labor and wages, environmental protection, supply and marketing of products, accounting, etc., as well as departments of the chief mechanic and power engineer, geological surveying, mining, etc. In 1996, a system of informatization of material and technical supply of the Kazakhmys Corporation was introduced.

Since 1998, he worked at the Kazakh National Technical University as the director of the computer center and then deputy head of the educational-methodical department of informatization. Supervised the creation of a computer information management system

1. A. Ibraev, K. Mussilimov. Automation of the wind energy complex based on the Bolotov rotary turbine (WRTB). Bulletin of National Academy of sciences of the Republic of Kazakhstan, ISSN 1991-3494, Volume 1, Number 365, Almaty 2017.

2. A. Ibraev, K. Mussilimov. AUTOMATION OF A WIND ENERGY COMPLEX BASED ON THE BOLOTOV ROTOR TURBINE (WRTB). International scientific-practical conference under the motto "Great people of the Great Steppe - K. Satpayev", Almaty 2019.

higher - Moscow Institute of Steel and Alloys (University of Technology); specialty engineer for automation of technological processes and production