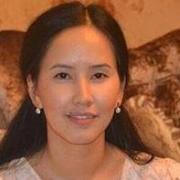 Department of Automation and сontrol

2. Development of an automated wind turbine complex based on the Bolotov turbine (VRTB)