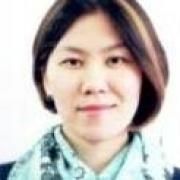 I started my teaching and professional career in 2010 as a teacher of English language at Kokshe Academy. From 2012 to 2016, I worked at Sh.Ualikhanov Kokshetau State University as an ESL teacher at Social Pedagogy Department (teaching ESL to the students of multilingual education development programme) department. From 2016 to the present, I have been working at Satbayev Kazakh National Research Technical University as an ESL teacher at English language department.

4) participation in the round table «Prior directions in the development of multilingual education», Kazakh State Women’s Pedagogical university,  November 24,  2016