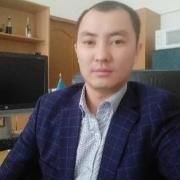 Darkhan korgasbekov Was born on may 14, 1986 in Ucharal village, Panfilov district of Almaty region. In 1992-2003, he studied at secondary school No. 25 and graduated with honors.  In 2003, he entered the Kazakh national University.K. I. Satpaeva graduated from the University in 2008 with honors in oil and gas well Drilling, Department of engineering and technology of well drilling. During the period of study at the University, he proved to be a disciplined, competent and purposeful student who combines excellent studies, an active life position and curiosity. During the study of Korganbekov D. R. was engaged in scientific work, participated in scientific international conferences of students and young scientists. Plays the dombra. Participated in all events held by KazNTU. K. I. Satpayeva, "Spring in KazNTU", in various sports competitions. He was an active student in his group, and received a certificate of organizer of social and cultural events in 2008 from KazNTU. K. I. Satpayeva. From 2008 to 2010, he worked as an assistant to the master of the drilling machine in the company "Maiks" LLP, where he conducted exploratory drilling on the American machine to a depth of 2200 m. I faced various problems when drilling deep wells. Including with rocks that cause salting and drilling in unstable rocks. Since 2011, he received a master's degree in Geology and exploration of mineral deposits, commercialization of drilling on solid minerals, from which he graduated in 2013. Since the beginning of his master's degree, he has been actively engaged in scientific work, received an innovative patent for the author's invention of the technical device "Turbobur" in 2011, and participated in international scientific conferences. Has experience working in an administrative team. He is a co-author of several teaching AIDS. From 2010-2014, he worked at the "Caspian public University" and conducted classes in the main disciplines of the specialty: "oil and Gas business", "Geology and exploration of mineral deposits" and others, for which standard training programs were compiled. Since 2014, he has been working at the Department of Petroleum engineering at the University of Satbayev. In 2018, he entered the doctoral program in the specialty 6D070800-oil and Gas business.Takes part in research projects. Senior researcher, project GF MES RK "Development and implementation of effective technical and technological means of construction and development of the geotechnical and hydrogeological wells." The dates for 2015-2017. Senior researcher, project GF MES RK "Development and implementation of highly persistent, productive diamond and hard-alloy rock-destructive tools for drilling" 2018-2020. Published more than 11 scientific papers, of which 2 is included in the Scopus database, 2выступление a report on international conferences, 5 patents of Maisonette.