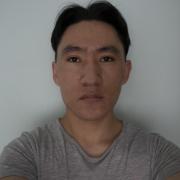 I started my teaching and professional career in 2017 as an English teacher at Nazarbayev University's advanced training program for teachers.

From 2018 to the present, I am a teacher of English Language Department at Satbayev University, at the Institute of Basic Education named after Al - Mashani.