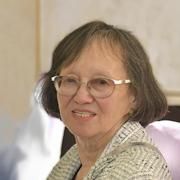 Dzhakipova Gulzara Seitkalievna, born in 1939, Kazakh, graduated from the Leningrad Institute of civil engineering (LISI), faculty of architecture, in 1963. Since 1958 he worked as an architect in the PI "Kashipur". From 1965-1968, she worked in the PI "Kazgiprotorg" as a senior architect, is a co-author of the 2nd stage of the Central Department Store, house of fabrics, etc.

From 1968 to 1990, she worked in GSPI "Kazgorstroyproekt", as the chief architect of the project (gap), participated in the design and construction of Lenin Ave. (Dostyk), the Building of the Central PBX in Almaty, is the author of the building Of the Palace of culture of the national Bank, the national Bank reconstruction.libraries. Pushkin, the new building of the state plan of Almaty, the reconstruction of the government House in Almaty, and other residential and public facilities in Almaty and the Republic of Kazakhstan. As the chief architect of the project, she participated in the development of several versions of the draft design of the building Of the state Museum of the Republic of Kazakhstan (including the implemented project).

From 1990 to 1997 he headed the international activity of the Union of Architects of Kazakhstan, was the initiator and organizer of activities for accession of SA Republic of Kazakhstan in the international Union of Architects (UIA – Paris). At the same time, she completed an internship at the Ministry of culture of France (Paris) under the program "Eastern current".

From 2006 to 2007, she worked in Eldana LLP as the chief architect, participated in the design of 12-storey residential buildings in Astana.

In June 2008, gulzara Dzhakipova Took part in the International Congress of architects in Turin, Italy, as one of the representatives of The international Union of Architects (Paris).

As the Chief architect of the project, she participated in the development of several draft versions of the State Museum of the Republic of Kazakhstan ( including the implemented project in Almaty)

5 Palace of culture of akhbk.

7 "The 2nd stage of the Government House (now-KBTU).