Institute was founded in 1962 on the basis of the existed two faculties of Automation and Telematics, and Computing Technics with a name of Automation and Computing Technics. Academic of Kazakhstan SSR Academy of Science, professor Dzholdasbekov Umierbek Arislanovich became the first dean of this facultiy. In the consequent years faculty  was headed by professor Zub V.P. (1965-1967), doctor of sciences professor Rakishev B.R. (1967-1974), candidate of technical science professor Kozhaspayev N.K. (1975-1977), doctor of science professor Sydikov U.E. (1977-1980).

In 1980, bacause of high number of students and different specialities, faculity was divided into two independant branches – Automatics and Control, Electronic and Computing Technics.

In different years Automatics and Control faculty was headed by Nietalin Zh.N – the first candidate of technical science and first professor of Republic of Kazakhstan in the area of automated systems of communication (1980-1986), professor Asubayev K.SH. (1986-1992), doctor of technical sciences professor Baibashayev M.Sh. (1992-2000).

In 2000 the two faculties were merged again into Instutue of Informatics and Information Technologies with the head of the faculty doctor of technical science Kaziyev G.Z.

In 2005, Baybatshaev M.Sh. became the director of Institute of Information Techonogies and worked until 2011. Director of Automation & Control from 2005 till 2008 was Kaziev G.Z.

In 2017 - 2018, the Director of the Institute was Doctor of Engineering Sciences, Professor Mukhamediev R.I.

On August 20, 2019, Seylova Nurgul Abadullaevna, candidate of technical sciences in the specialty of System analysis, management and information processing, assistant professor, was appointed director of the institute. Seilova N.A. graduated from Kazakh National Technical University. K.I. Satpayev. In 2013-2014 she worked as a deputy director of the Institute of Information and Telecommunication Technologies for educational, methodological and scientific work. In 2014-2019 she was the Head of the Department of Information Security, that is now named The Department of Cybersecurity, Processing and Storage of Information.

The main objective of the Institute is to create the necessary conditions for quality education aimed at the formation, development, professional formation of the person on the basis of national and universal values, the achievements of science and practice.

The main objectives of the Institute are:

- organization and implementation of the educational process, methodical, research, innovation and civil patriotic work,  meeting the modern requirements of preparation of the qualified competitive frames;

- training of qualified specialists possessing   professional competences and   general cultural competences  in the field of information and telecommunications technologies;

- fundamental and applied research, dissemination and promotion of scientific knowledge in the field of information and telecommunication technologies.

The mission of Institute is training of the highly qualified specialists by  specialties of IT meeting the requirements of consumers on the basis of implementation of the modern educational technologies and continuous improvement of teaching and methodological activities of the teaching staff  of the Institute. 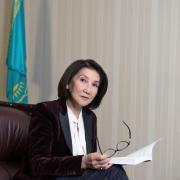 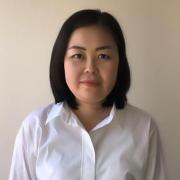 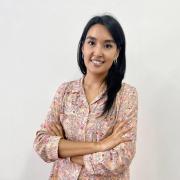 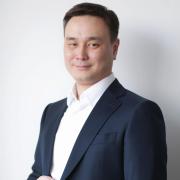