The main prerequisite for the establishment of the Institute of industrial automation and digitalization is The President's address "Third modernization of Kazakhstan: global competitiveness" dated January 31, 2017.

Item 87 of the action plan of the state program "Digital Kazakhstan" was approved by the decree of the government of the Republic of Kazakhstan No. 827 dated 12.12.2017.the Institute of industrial automation and digitalization was established.

The Institute's activities are aimed at conducting applied research and development in the areas of Industry 4.0, solving technological problems of business together with domestic Universities and research institutes, as well as assisting enterprises in technology transfer.

One of the areas of digitalization of the state is training, scientific and applied research, etc. That is, the main thing today is not raw materials and production funds, not financial capital, but people, their skills, abilities and competencies.

Education and science are the Foundation that strengthens human capital and opens up opportunities for a qualitative breakthrough in training.

The goal is to train highly qualified personnel in priority areas of development of the economy of the Republic of Kazakhstan and implement applied tasks of automation and digitalization of the domestic industry.

- Development of national personnel and promotion of intensive professional development of personnel in priority Technological areas of industry 4.0;

- training of a new generation of specialists with professional competencies in the field of automation and digitalization in the sectors of the economy of the Republic of Kazakhstan – engineering, instrumentation, energy, electronics and communications, additive

- Improvement of law enforcement practice, methodological base, regulatory, organizational and technical support of industrial automation and digitalization in the domestic industry;

- comprehensive technical audit of domestic industrial automation and digitization with the participation of scientists and specialists of universities in the direction of expert technologists of the enterprise for introducing elements of Industry 4.0 in industry of RoK;

- Implementation and implementation of applied scientific research in priority technological areas of industry 4.0 under the contract;

- Organization of interaction with research institutes of Higher education institutions to solve technological problems of business;

- Creation of demonstration and test sites

Main principles and priorities of the Institute of industrial automation and digitalization.

To create a scientific and applied base for enterprises that will use the range of advanced Industry 4.0 technologies to improve socio-economic indicators: increase labor productivity, increase operational efficiency, improve and improve labor safety, reduce accidents, expand the product range, and more.

Qualified professors, associate professors and production specialists in the state and Russian languages conduct training of engineers. Students gain knowledge of modern technologies of mechanical engineering, instrumentation, robotics and production automation based on the ability to work on CAD programs as a designer and technologist, master the formation of control programs for all types of machine tools with numerical control, as well as 3D technologies such as 3D scanning and 3D printing.

The Institute's specialties are internationally accredited by the German accreditation Agency ASIIN (Germany) and the independent Kazakhstan Agency for quality assurance in education (ncaoko) and in the Independent Agency of accreditation and rating (IAAR).

The Institute has specialized laboratories and offices equipped with the necessary equipment and devices, computer equipment and software. In training, students use the latest computer-aided design systems of international level, such as Nastran, Comsol multiphasic, compass 3D and APM Win Machine; study industrial technologies and equipment based on computer technologies and 3D scanning technologies; convert results into 3D drawings, their production on 3D printers; automation and robotization of production using numerical control machines and robotics. 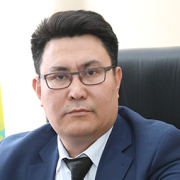 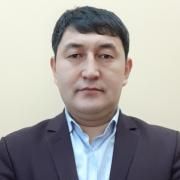