More than 50 years ago in the Kazakh Mining and Metallurgical Institute (KazMMI) began training for the construction industry of the republic. In 1957 the first set on a specialty "Industrial civil engineering" (ICE) has been carried out on the mines faculty. Each year the reception of applicants for civil engineering specialty increased since 1957 - 57, 1958 - 75, 1959 - 100 students, etc.

To ensure the educational process in the disciplines of the civil engineering department of the specialty "Construction work" was organized in February 1959 - head of the Department was Candidate of the technical sciences (Can.tech.sc.), Associate Professor B.S. Zharmagambetov. In 1961 from the mines faculty of the Kazakh Polytechnic Institute (KazPTI since 1960) was selected Civil Engineering Faculty (CIF), the dean was appointed Can.tech.sc., Associate Professor M.M. Serdyukov.

The first issue of engineers - builders took place in June 1962. A great contribution to the development of education in the civil engineering trades have the first graduates - doctors and candidates of technical sciences T.Zh. Akberdin, M.A. Ashimbaev, A.A. Bespaev, P.V.Korolkov, M.M.Sabalakov, A.SH .Tatygulov. Many graduates became prominent scientists, heads of major research and design institutes, construction agencies of the Union and republican values, ministers, heads of city and regional administrations. A number of graduates have become well-deserved builders and architects of the Republic of Kazakhstan, Laureate of State Prizes.

Over the years of its history of Architecture and Civil Engineering faculties of KazPTI made a great contribution to the training of highly skilled engineers, builders and architects for Kazakhstan and CIS countries.

Kuspangaliev Bolat Urayhanovich, who is Doctor of Architecture, Professor, Academician of the IAA, honorary architect, was appointed the director of the Institute of Architecture and Civil Engineering Institute named after T.K. Bassenov of the Kazakh National Research Technical University named after K.I. Satpayev in September 2016.

In 1969 he graduated from the Tashkent Polytechnic Institute by specialty "Architecture". Since 1969 - Senior Architect, head of the architectural and planning management of the Almaty City Council. Since 1973 - post-graduate student of the Central Research and Design Institute of Experimental Design home (Moscow). Since 1977 - lecturer, deputy dean of the architectural faculty of the Kazakh Polytechnic Institute named after V.I. Lenin. From 1981 to 1990 - vice-rector for evening and distance education, since 1990-2003 vice-president for Academic, the first vice-rector AACE - KazSACA. In 2000 he defended his doctoral dissertation.

For 23 years as vice-rector professor Kuspangaliev B.U. has become a recognized organizer of higher school of Kazakhstan, which has repeatedly stated gratitude, diplomas and medals of the Ministry of Education and Science of RK.

In 2002 under his leadership created the first in the history of Kazakhstan dissertation council on specialty 18.00.01 - "Theory and history of architecture, restoration and reconstruction of historical and architectural heritage".  During the period from 2002 to 2010 the Council received the defense and assertion of HAC sixteen candidates and two doctors of architecture.

He has published more than 80 publications in scientific journals and collections. The author of the monograph The Architecture of the Urban Dwelling of Kazakhstan (Almaty, 2000). In 2011 Academician IAA Kuspangaliev B.U. was elected Chairman of the Kazakh Academic Center for International Academy of Architects.

The scientific, industrial and organizational activity of Kuspangaliev B.U. repeatedly highlighted government, departmental and public awards:
- Honorary Architect of the Republic of Kazakhstan;
- National award "Altyn Adam" - Man of the Year in the nomination "For contribution to the development of architecture and high schools of Kazakhstan".

The aims and objectives
The main objective of the institute is to prepare architectural and construction elite for Kazakhstan national economy.
In this connection, the following objectives will be set:
• the stable development of scientific priority of grant funding for all major specialties of the Institute;
• the establishment and maintenance of appropriate conditions for students that improve the level of academic education, to create effective modes of work and rest, in accordance with the regulations and standards of the country and world educational community;
• the creation of a flexible market system of evaluation of consumer services, allowing adequate respond to emerging issues;
• the development of the institute structure in the direction of innovative development of the country;
• strengthening of the existing scientific schools and steady increasing of personnel potential of Institute staff;
• the development of material and technical base of the institute in accordance with the requirements of industry and science;
• the gradual transition to 3-lingual staff training system;
• the transition to three-level system of training specialists;
• the creation of competitive educational programs to be introduced successfully into the world educational space;
• the expansion and strengthening of the international scope of activities of the institute.

Mission and strategy of the Institute of Architecture and Civil Engineering Institute named after T.K. Bassenov is a comprehensive personnel training, which sophisticates the requirements of modern market and international standards, for high-technological and knowledge-intensive industries of the architectural and construction sector, and in the production of construction materials. This training aimed at Student-centered education: empowering students` development of intellectual creativity and critical thinking skills of students, increasing the responsibility of students, a shift in emphasis in the educational process of teaching with active educational activities of students, the relationship between teacher and learner, innovative teaching methods that encourage learning. 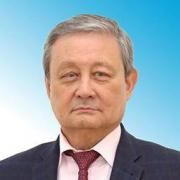 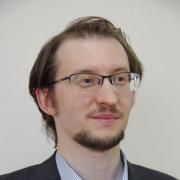 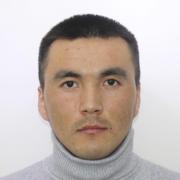