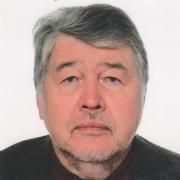 Maiorov S. M. is a candidate of architecture, has experience (over 12 years) as a Professor of "architecture of residential and public buildings" AIAC, associate Professor, "Architecture" Concresco University (Republic of Guinea for 6 years.), experience in project work with French and German firms, as well as with design organizations in Kazakhstan, has scientific publications.

From March 1980 to January 1992. Maiorov worked as a lecturer, then as a senior researcher at the Alma-Ata architectural and construction Institute at the Department of "Architecture of residential and public buildings".

From March 1992 to August 1995 Maiorov S. M. worked in the Kazakh state architectural and construction Academy as an associate Professor of the Department "Architecture of residential and public buildings". Since September 2010, Maiorov S. M. is an associate Professor of the Department of Architecture and design at the Satbayev University.

Since September 2016, he has been working as an associate Professor of the Department of "Architecture" in Satbayev University

1.    Diploma project on the theme "Recreational complex in the area of the Charyn canyon" (author M. Beysenbinova, head Majorov Sm). I degree diploma at the international competition of diploma projects in St. Petersburg, 2016)

3.    The building of the National Bank of the Republic of Kazakhstan in Astana. Certificate of state registration of rights to the object of copyright

4.    Residential area in the structure of EXPO in Astana

7.    Residential group in Almaty (Seyfullin prospect Park in Park, at the intersection of al-Farabi Avenue)

8.    Diplomatic town with a reception house and two villas (President and Prime Minister) in Astana

10.    Within the framework of the professional development program, in the period from 2016 to 2019, a number of trips were made to Europe and North Africa to get acquainted with the work of famous architects and problems of education of the architectural environment (Morocco, Spain, Italy, Portugal, Germany, Austria) through the "Bazire Design Group" as an adviser on architecture.

3.    Certificate of state registration of rights to the object of copyright, entry in the register No. 1551 dated July 31, 2015 – "Sketch (architectural) project" Building of the National Bank of the Republic of Kazakhstan in Astana.

4.    Maiorov S. M., Karipbekov R. B. Features of improvement of types of mass housing for large cities of Kazakhstan (on the example of the city of Almaty). - Proceedings of the International scientific and practical conference "Architecture and construction in the context of global integration" (Almaty, may 29 – 30, 2015). - Almaty: KazNTU, 2015, p. 63-65.

The theory of shaping of buildings and structures and their interiors

Architectural design of buildings and structures