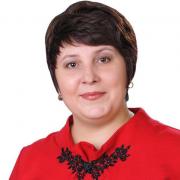 Training of scientific personnel: 3 candidates of chemical sciences and 3 masters of chemistry.

From 2001 to 2002, head of the postgraduate education department, from 2002 to 2003, director of the Innovation Center of the Karaganda State University named after E.A. Buketov.

From 2004 to 2006 - senior researcher at the Institute of Organic Synthesis and Coal Chemistry of the Republic of Kazakhstan.

From 2006 to 2008 - Director of the Research Institute "New Materials" of the East Kazakhstan State University named after S. Amanzholova.

2008 to 2010 - Vice-rector for educational work of the Karaganda State Technical University.

2010 to 2012 - Managing Director-Director of the Center for the Commercialization of Technologies of JSC National Scientific and Technological Holding Parasat.

2014 to 2015 - Director of the Center for the Commercialization of Technologies of JSC National Scientific and Technological Holding Parasat.

Since 2018 to the present day - Chief Manager of JSC "Scientific and Technological Center" Parasat "under a contract for the provision of paid services.

Since 2019 to the present - Professor of the Department of Heat Power Engineering, NJSC Kazakh Agrotechnical University named after S. Seifullin ".

Author of more than 100 scientific papers published in scientific journals of the Russian Academy of Sciences and in publications recommended by the Committee for Control in Education and Science of the Ministry of Education and Science of the Republic of Kazakhstan, in publications indexed in international scientometric databases (MNDB), Web of Science and Scopus, as well as 8 innovative patents of the Republic Kazakhstan.

1. Laureate (1st prize in the category "Natural Sciences") of the competition for the international prize "Commonwealth of Debuts" for young scientists of the CIS member states (2010)

2. Honorary Worker of Education (2009) - for special merits in the field of education of the Republic of Kazakhstan;

3. Certificate of honor of the Ministry of Education and Science of the Republic of Kazakhstan (2009) - for a special contribution to the spiritual and social development of Independent Kazakhstan;

4. Winner of the State scientific scholarship for young talented scientists (2001-2003, 2008-2010 and 2010-2012) - for a special contribution to the development of scientific, technical and innovative potential of the Republic of Kazakhstan. The scholarship was awarded for ongoing research in the field of creating a dosage form of a new domestic highly effective antifungal agent based on anabazine alkaloid for the treatment of dermatophytosis and microsporia.

Specialty (name of the university, year of graduation)

In 1996 she graduated from the Karaganda State University named after I. E.A. Buketov with the qualification “Chemist. Teacher".

Agreement for the provision of consulting services for the development of the National Standard of the Republic of Kazakhstan "Geosynthetic bentonite roll materials for waterproofing" (2021-2022);

1. Problems of storage, refinery and disposing of drilling waste of the exploration and production sector of kazakhstan,  Arrangement and operation features of sludge collectors and oil storage pits

2. Storage of the industrial waste of the mining and smelting industry of kazakhstan, landfills arrangement, efficiency and operational featuresCitations

News of the National Academy of Sciences of the Republic of Kazakhstan, Series of Geology and Technical Sciences, 2020, 6(444), стр. 83–89

3. Theoretical understanding and substantiation of organizational and economic mechanism for managing innovation with a Marxism positionCitations