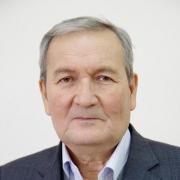 1 General plans of cities and settlements in the Almaty region.

2 The adjustment of the General plan of the city of Taldykorgan.