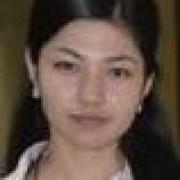 In 2014  graduated from the excellent Magistratura received the degree of Master of technical Sciences. From 2014 to 2019, I worked at the Department of Automation and Electroenegetics at the Kazakhstan Railway University. In 2019, I entered the doctoral program in the Kazakh National Research Technical University named after K. I. Satpayev under the educational program EP 066 Power Engineering and Electrical Engineering, majoring in Power Engineering .

Since 2020, I have been working as a Lecturer at the Department of Energy .

2. M Adambaev, D Adenova. Correlation And Regression Equations Of The Relationship Of The Process Variables Of Dry Two-Stage Crushing