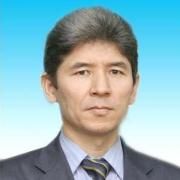 Qualification - mining electrical engineer, a teacher with 26 years of experience.

The main scientific direction of research is devoted to electric drive and automation of electric power and technological complexes in industry.

He participated in research under the grant of the Ministry of Education and Science of the Republic of Kazakhstan "Improving the quality of wool processing on multi-card combing machines with a highly regulated, resource-energy-saving asynchronous electric drive" No. 0115РК00452.

1. Berdibekov A.O. Synthesis of parameters of a nonlinear control system for a twin-motor asynchronous electric drive // ​​Transactions of the International Satpayev Readings. “The Role and Place of Young Scientists in the Implementation of the New Economic Policy of Kazakhstan,” Almaty, April 11-12, 2015, Volume 1.