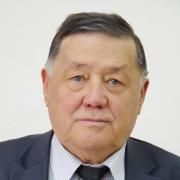 Takhanov Zhassulan Mukashevich has extensive work experience in the field of architectural design and management of design and construction activities. In different years worked:

1967-1970 – architect and senior architect at the Institute "Kazgosstrakh»;

1971-1988-chief architect of the district of the Main Department of architecture and urban development;

1975-1990 - along with practical and creative activities, he taught at the Almaty branch of the all-Union correspondence engineering and construction Institute for more than fifteen years.

1991-1998-chief engineer Of the design Institute "Kazproekrestavratsiya»; During this time, with his direct participation, a number of unique architectural and urban planning nodes and objects were built, such as the Medeu sports complex, the peoples ' Friendship building, and the square named after him.Abaya with the high-rise hotel "Kazakhstan", the complex of the District house of officers and other objects.

1998-2012-adviser to the mayor on architecture, construction and land reform of the Akimat of Medeu district of Almaty.

Since 2014, he has been working as a Professor of the Department of Architecture at the Institute of architecture and construction named after T. K. Bassenov, Satbayev University.

Has a number of state awards:

Professor of the International Academy of architecture (2013 г.)

1 History of architecture of Kazakhstan. (for the first time in the Kazakh language)

Author of the textbook: "History of architecture of Kazakhstan". Almaty, 2019;